Looks can be deceiving. And this time, it rings truer for these delectable optical illusions.

At first glance, these objects may seem mundane.

An innocent bag of Doritos, a cup of latte, a can of White Claw hard seltzer, and a chop of log; until a knife destroys all of this in one slice. Yes, you heard that right. A knife can cut open your favorite cup of coffee and a log. It is because these ordinary objects you see everywhere contain a tasty twist.

Fancy having a chunk of wood for a snack, anyone?

Now, this talented baker is taking the internet by storm with his hyper-realistic cakes that make you question your sanity.

Luke discovered his passion for baking when he was just 12 years old.

Seeing his father always staying in the kitchen concocting different types of dishes, encouraged him to venture into baking small cupcakes as a dessert for a weekly dinner thing they used to have. And for Luke, that experience was love at first bake.

He then proceeded to teach himself the basics of baking by watching numerous tv shows and YouTube videos.

Once he had the fundamentals down, Vincentini took two masterclasses at Carlo’s Bakery in Hoboken, New Jersey.

Almost ten years later, he ended up getting a job there. He left on good terms after almost three years.

This talented baker creates optical illusions through his cakes.

Food must not only satisfy the palate nor please the appetite; the true test of any dish lies in how beautiful it looks.

That is why chefs and curators want their dishes to be prepared in a way that looks appealing on social media for maximum viewership.

This fad has given rise to Instagram-worthy food that is not only appealing to the eyes but is also perfect for your cravings.

But Luke takes it to the next level because not only are his cakes eye-catching, they are also mind-boggling.

With his adept hands and creative mind, he recreates the baking game and adds an element of surprise.

It all started with a bag of Doritos. And now his incredible culinary creations catapulted him into fame.

This famous snack piqued his interest and he thought to himself “I can do that.” And so he did.

Every creation takes an hour to 14 hours to make, depending on the intricacy of the shape, size and design he wants to copy.

Each cake he makes is unique in itself. It ranges from sumptuous food like a huge strawberry, to an inedible thing like the log. His attention to detail is always on point that the designs of the cake are uncannily similar to the original pieces they are based on, making people have trust issues.

These illusion cakes seem to deceive even the sharpest of visions. Not until Luke cutes them open in his videos revealing a mouth-watering mixture of cream and chocolate.

And Luke doesn’t stop there. Every cake he makes becomes more realistic and complicated than ever.

Either cake enthusiasts or normal consumers alike are really digging his cake with its eclectic exterior.

Every creation he makes gets thronged with comments from his followers, praising him for his talent, skills, and versatility.

Satisfy your eyes and taste buds with these optical illusion cakes by checking out the video below: 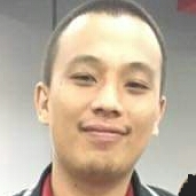