Dogs are the most loyal companion you can ever have. They are one of the few creatures if any, that truly love you more than they love themselves. It’s amazing to see such unyielding fidelity each time we get to hang around them.

Some dogs, especially older ones, have a tough time of finding their way. Larry Osborne, a handler from Colorado, got the fright of his life when he went out for a routine walk with his dog, Chloe. During the walk, Chloe somehow ran astray from Osborne and ended up by herself in the treacherous mountainous terrain.

Lost and Not Found

Without a trace, Osborne started furiously searching for his missing gal. He tried everything from posters, online posts, and even conducting his own search parties. Osborne would not quit even after 4 weeks of arduous work to try and find his beloved doggo.

After almost 6 weeks, Osborne started to lose hope and the grim reality of the situation engrossed him. There weren’t any signs of Chloe making it back home and it really struck a blow to the animal community in Alma.

A hiker posted that he heard a faint bark and whine coming from the distance. Trinity Smith, a random animal lover, went with her friend to the spot to try and locate the pup. For two days, Trinity and her friend searched through every nook and cranny for Chloe.

After some calls and name shouts with no result, Trinity began to lose her faith. Suddenly, a fellow rescuer, Sean Nichols, saw Chloe’s head through shrubbery and immediately called her over.

“I saw her little head pop up.” Sean said. “I reached up and got her and she came down into my chest and she was so light I could hold her with one arm.”

Chloe was ecstatic to say the least. She was wagging her tail in excitement as she realized she was finally safe with her human companions. Osborne couldn’t be any happier to be reunited with his long time best friend.

Despite losing more than 60 lbs, Chloe was not shy to show her emotion and her satisfaction in coming back home. It’s incredible to think she actually survived the ordeal. She cried the moment she met with Osborne and that was enough to put it all into perspective.

Rescuers are very thankful and happy they got to Chloe when they did. If more days would have passed, Chloe would have died due to starvation, harsh conditions, or even the dangerous snow that recently toppled the mountaintop after the rescue.

All in all, this rescue was nothing short of a remarkable miracle.

Many dogs would have probably fallen due to such a long time being physically and mentally challenged. Not Chloe. She is a fighter, and she did what most fighters are known to do when tackled with adversity: fight. 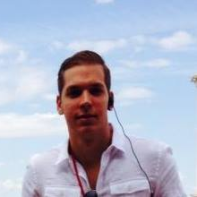 Jonathan Arrastia is a contributor at Animal Channel.