Until a few years ago, it was considered a faux pas to give newlyweds cash as a wedding gift. Well, not anymore. Today, with all the uncertainty that goes on, it is actually the kind of gift that most couples wish for.

To this day, the old-fashioned envelope full of bills still exists, although it is not recommended.

“Getting creative and adding a layer of sentimental value is what will separate this everyday universal gift into being one that is personal and unique,” says planner Elizabeth Priya Kumar, founder of Premini Events.

Kumar gives alternatives that are far more acceptable than the classic envelope, including gift cards, sending money through a virtual platform, or even donating to a cause. All of these, come in handy not only because they’re trendy and chic, but also because they minimize the possibility of having the cash stolen during the wedding.

Indeed, this is something that happened to more than ten couples who recently got married in different states around the country.

The first to notice were Madison and John Sacharcyzk, who spotted a mystery woman approaching the gift table when they later saw the video of the surveillance camera.

“You don’t ever go to a wedding where you know every single person there. No one there would look at her, or anybody, and say ‘Who are you?’” Madison told Inside Edition.

The thing is that the couple is not alone in this.

Lee and Anna Perez Todd, who got married in Alabama, noticed that several cards were missing after the wedding. When they asked to see the video from the surveillance camera, they realized there was a mystery woman around.

“They pulled the footage and they sent us a screenshot and they were like, ‘Do you know who this is?’ And my heart just sank, and I said, ‘No,’” Anna said.

As the couple explained, the woman, after stealing the cards, went on to look for purses and wallets around the church.

“She went into the different ready rooms and just looking for more things to take,” they added.

Yet another couple who was a victim of the same serial thief, Madison and Drew Rush got married in Tennessee.

“We pulled the video from the church and there she was,” Drew said. “We’re like, holy crap, that’s the same woman who stole from us,” he added.

The woman, who was identified by the police, seems to be Sandra Henson, 54. The woman is suspected to have stolen gifts from weddings in three different states- Tennessee, Mississippi, and Alabama.

For the time being, the woman has denied all the accusations, but the couples are hoping for the truth to be revealed.

“I think all of us just want her stopped,” Anna said.

In any case, experts discourage wedding guests from giving envelopes with cash in them. Instead, they suggest mailing them or sending the money online. If there still are envelopes around, setting up a lockbox where the envelopes will be safe seems to be the best option.

Watch the couples talking about their experiences with the wedding crasher in the video below. 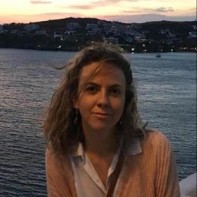 Irene Markianou is a contributor at Relieved.