Thailand is well-known for their elephants. They entice tourists to visit their country using animals as entertainment or, for the case of the elephants, a trip on their back.

Little do the tourists know, these captive elephants are being misreated by their handlers on a daily basis.

These elephants are separated from their mothers at a very young age as handlers forcbily tame them for the sake of tourism. Since these gentle giants bring in a lot of money, most of these parks opted to use the terms ‘sanctuary’ or ‘refuge’ to pacify the growing number of cruelty reports against them.

For several years, animal activists have been trying to save these elephants from captivity. Thankfully, some groups have been successful, such as the group who freed Khum Min.

Khum Min is a trekking elephant in Northern Thailand.

He is a Asian Elephant, an elephant specie known to be in danger of going extinct. Most young elephants are taken away from their mother as they undergo a very cruel treatment called Phajaan,

Once they are 8, these elephants start their training as trekker. Khum Min is unfortunately one of the many elephants destined to work as as trekker and live in a trekker camp his whole life.

Everwhere they go, elephant are chained and made to stand in concrete for long hours. They grow old in this condition, and it is truly heartbreaking that these intelligent and majestic creatures are being treated like this.

A group of individuals took notice of Khum Min.

Rowan Hetherington and her group decided to liberate Khum Min and break her out of her chains. They walked all the way to the release site in Northern Thailand as they gently walk and speak kind words to the old and tired elephant.

The group finally reached the release site and Khum Min is now standing on a fresh patch of grass.

From his neck down to his feet, Khum Min is bound up by chains. Rowen’s team gently removed his shackles and it’s as if the elephant knew what was happening since he was very calm.

As two people remove his chains, one of the rescuers softly pat Khum Min’s trunk, saying: “…you’re a beautiful boy, aren’t you? You are going to live a life of luxury.”

After what seems an eternity, Khum Min is now finally free from the harsh life inside the trekking camp.

Without second thoughts, Khun Min took his first step to freedom. Rowen and her group were so happy as they start crying tears of joy. The elephant started walking towards the trees, as he was led to a secluded village to join other elephants.

World Wildlife Fund estimates that there may be only 10 Asian elephant populations of more than 1,000 animals in the 13 countries where they are currently found.

All animals are not meant to satisfy our need for entertainment and be in captivity. They were not born to live their life in a cage and chained up as their handlers force them to do things they were never meant to do. If you wish to make a move, support groups like ‘Elephants in Crisis’ or ‘Elephant Voices’ so you could take part in saving these animals.

Watch the beautiful moment in the video below. 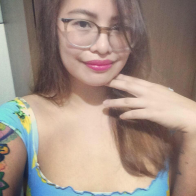 Jamie Maraña is a contributor at Animal Channel.