Dogs are lovable, excitable, and a man’s best friend, but a word you would rarely use to describe them is “intelligent”.

Some dogs can be surprisingly quick-thinking, but most have a habit of acting in the moment, completely oblivious to the danger around them.

Most of us who’ve owned a dog have at least one story of a near-fatal incident, and it usually involves eating.

Dogs often think with their bellies, not their brains, which can lead to all sorts of disasters.

You probably learned the hard way to keep your canine friend away from chocolate after discovering he’d munched through your stash of goodies, wrappers and all.

Or perhaps you’ve resorted to putting a lock on your fridge after discovering that the mystery midnight ham stealer was actually the four-legged member of the household.

While it might be funny to discover that your dog has eaten something he shouldn’t, it can be very dangerous.

There are certain foods that dogs shouldn’t eat, such as nuts, grapes and raisins, caffeine, and sweets.

It’s pretty easy to prevent your dog from eating these foods – just make sure they’re out of sight and out of reach in your home.

One dog owner in the Gold Coast, Australia, was dealing with a particularly unique issue: her pup was eating stones.

She recalled the moment she discovered that something wasn’t right, saying:

“I just went and felt his tummy and I could feel the sharp edges of the rocks inside his tummy.”

It sounds too ridiculous to be true, but when Belynda rushed Shady to the vets, her fears were confirmed.

Shady really had been eating rocks, and he was going to need immediate surgery.

Dozens of stones were found in the rescue pup’s stomach. According to Dr Rod Meehan, one of the animal emergency staff who treated Shady, rock ingestion is actually pretty common.

Luckily for Shady, none of the rocks had made it to his lower intestine, where things could have become much more deadly.

Thanks to the fast actions of Belynda, the pup is now safely recovering from surgery – but it could’ve been different.

According to Dr Rod Meehan:

“It happens in the blink of an eye. Even with this fellow, with so many rocks, they can go on down in moments.”

Shady is now back in foster care, and Belynda’s new job is to keep the crazy puppy off the rocks.

The chances of Shady putting two and two together and realizing that eating rocks nearly killed him are slim.

So the job falls to Belynda to make sure her foster pup only eats what he’s supposed to eat.

She explained that she’s now feeding Shady more regularly and has given him more things to chew on during the day, saying:

“We’ve started increasing his food to more regular meals but smaller throughout the day, and we’ve got a lot more toys for him.”

Shady is still in need of a furever home, so hopefully his little rock-eating incident has given him some good publicity.

Check out the video below for more info about Shady’s rocky start to life – and his journey back to good health! 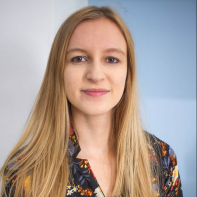 Laura Shallcross is a contributor at Animal Channel.