When it comes to protecting her offspring, there’s little that a mother wouldn’t do.

Maternal instincts aren’t only for human mothers, but rather they are found in thousands of species in the animal kingdom, as well. From putting herself in danger while finding food to warding off potential predators, moms are literally willing to risk it all.

When this mother hen is introduced to one of the world’s most venomous creatures, the king cobra, she risks everything to protect her young chicks.

Although their venom isn’t considered the deadliest in the world, 7 mL of the king cobra’s venom is enough to kill a full-grown elephant. We’re scared to think about what it could do to a clutch of tiny chicks…

The video begins as a family of chicks are waiting in an alley alongside their mother. Almost instantly, a king cobra slithers in, but this mom isn’t scared.

She clucks and bolts toward the serpent, who slithers away just as quickly as it slithered in.

A few seconds pass and the clutch is found huddled close together nearing the back wall. Their new foe slithers back into the camera’s view. Only this time he explores a hole in the wall before descending again upon the family of chicks.

Maybe, it learned its lesson from the first encounter…

Nope, the cobra is back with a vengeance.

Standing up to show its dominance and its readiness to attack, the cobra causes quite a stir amongst the mother hen. While her clutch hovers to the corner for protection, she begins to fight with the deadly creature.

She breaks out her secret weapon – her wings!

Although she can’t fly high, she makes it over the king cobra several times. She is winning the fight! The cobra forgets about the clutch while focusing its attention on the mother hen, but wait!

Those aren’t just chicks. There are several fuzzy ducklings in the midst, and this mother fights to protect them as if they were her own!

Thinking that the whole group has moved away safely, this mother hen rushes to join them, but one chick is still stranded in the corner!

Noticing that the cobra is still in an attacking position, she immediately turns around to gather her final baby.

She grabs him and the group appears to have made it to the other side of the alley. Hopefully, they are back to safety.

In less than one year, this video has accumulated over 17 million views on YouTube alone.

We can’t help but wonder, were all these viewers on Team Cobra or Team Hen? It’s safe to say that my allegiance will always stand with the feathery mother.

Snakes usually earn a bad rep in the animal kingdom. With their forked tongues and sneaky slithering, snakes are often feared by humans and animals alike.

When it comes to the scaly serpents, nothing gets the hairs on the back of our necks standing quite like hearing the words king cobra.

An interaction with a king cobra is something most of us hope never to have, which begs the question: how exactly was this caught on camera?

To view this mother hen’s brave fight against a lethal king cobra, be sure to check out the video player below! 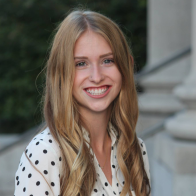 Savannah Hyatt is a contributor at Animal Channel.