Make no mistake, purple glossy starlings are the true celebrities of the bird kingdom.

Seriously, their feathers are so gorgeously shiny it’s like you’re staring into a pool of liquid iridescent metal.

They may sport a fancy garb of purple feathers, but in many ways, these beautiful creatures are just like us.

(And yes, I’m totally stealing this idea from US Magazine’s weekly featurette.)

When they’re feeling entitled, they give major stank eye!

Next time you’re feeding them at the park, remember to bring the organic 12-seed whole-grain bread. The cheap, spongy white loaves just won’t do.

They drink from public water fountains!

Because they’re so irresistible good-looking, these spotlight hogs can often be found posing for pictures for absolutely no reason at all.

If they could stick their legs behind their heads while chanting “om” on a yoga mat, they would obviously be doing that, too.

They swipe right during mating season!

Hey, we’ve all got needs, right? Don’t be slut-shaming these Tinder bird meetups. That’s how we get a brand new batch of purple starlings to admire, after all.

They snub each other after a fight!

When they’re both wearing the pretty bird pants in the family, the jealously and in-fighting about who is more deserving of having an eyeshadow palette named after them can get fairly intense.

They roleplay characters from famous movies!

If Alfred Hitchcock had featured these guys as the main antagonist in The Birds, it wouldn’t have been such a scary movie after all.

In fact, more people would probably have flocked to see it!

I mean, how else are they supposed to show off all that glossy plumage and let their natural beauty shine through?

They wish the pandemic were over!

Just like us, they can’t wait to fly the coop and go on vacation.

(P.S. Be on the lookout for revenge bird poop dropping soon.)

They wig out on Monday mornings.

Another five cups of coffee and hopefully he’ll be able to sort out that Exorcist crook in his neck.

They hit up the local watering hole!

Come Friday night, they hang out with friends after work and drink cheap swill that tastes like fermented pond water.

Purple glossy starlings (Lamprotornis purpureus) are typically found in the open woodlands, savannas, and scrublands of Africa. But, you don’t have to go on a safari to see one!

Today you can catch one perching on a friendly finger in the short video clip below. 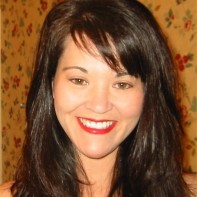 Marilyn Caylor is a contributor at Animal Channel.