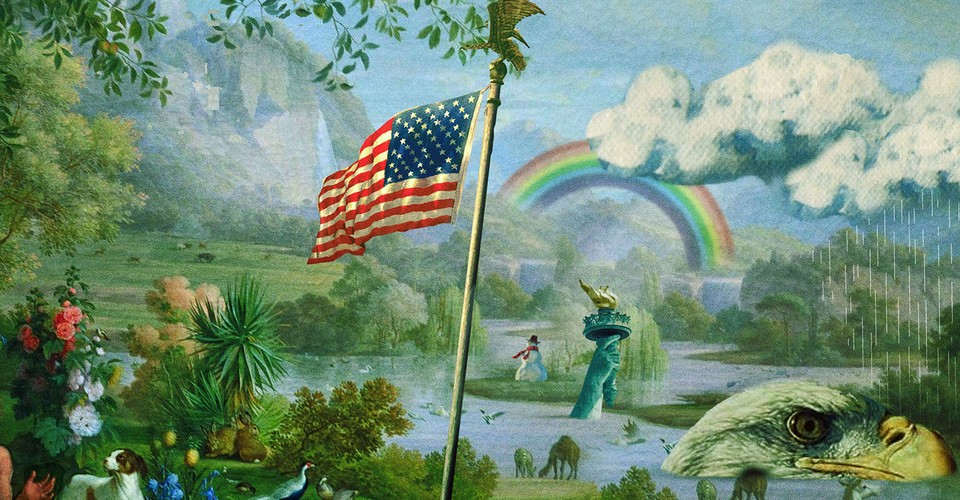 The Experiment: tales from an unfinished nation. From The Atlantic and WNYC Studios.

Be a part of The Experiment. Use the hashtag #TheExperimentPodcast, or write to us at theexperiment@theatlantic.com. Listen and subscribe: Apple Podcasts | Spotify | Stitcher | Google Podcasts

A transcript of this episode is offered under:

(Over nighttime atmosphere and the hum of crickets.)

Julia Longoria: Okay. We’re doing, like, a trailer—you already know, like a film trailer. You wish to be in it?

Julia: And who’re you to me?

Julia: I wish to begin issues off with my aunt Margarita—

Margarita: (Amid the commotion of a household dialogue) … política, y no quiero entrar en política …

Julia: —as a result of every time my large Cuban household will get collectively in Miami to drink and dance and argue about politics, my aunt will get a number of tequilas deep, and he or she’ll at all times say this factor.

Julia: And she doesn’t simply say it; she’ll, like, experience it, and take it into her soul and, like … (Laughs.)

Margarita: I don’t know. I heard it in my home. Like, previous individuals in my home—sensible individuals—used to say, “¡Que viva la Pepa!”

Julia: I imply, for me, it has at all times simply meant that Tía is drunk. But lately I appeared it up. It seems what my aunt was drunkenly celebrating all these years … is democracy.

Julia: “La Pepa” is a nickname for an previous and useless structure. Back when Cuba was a colony, Spain wrote “La Pepa,” and promised Cuba that they’d have illustration in authorities. They promised them democracy. And I suppose individuals had been into this. And in order that they began saying:

Julia: “Long live the constitution!” Of course, that promise … died. Democracy by no means got here. Many revolutions had been fought. But the saying caught. And over 200 years later, you possibly can nonetheless discover tipsy aunts and uncles toasting to its eternal life.

Margarita: It is a perfect. That’s what it’s: a great.

Julia: You know, a toast isn’t an announcement of truth. It’s extra like a prayer, like a repetition of a hope. And I ponder if what my aunt was doing was attempting to will a great into existence.

Margarita: In this nation at present, we have to have beliefs.

Representative Dan Crenshaw: We are a rustic of heroes. I imagine that. So do you have to.

Representative John Lewis: We have an ethical obligation to talk up and get in good hassle.

Amanda Gorman: (Fades up.) … and witnessed a nation that isn’t damaged, however merely unfinished. We, the successors of a rustic … (Fades out.)

Julia: I’ve been eager about this lots within the second we’re dwelling in now, within the United States—

Representative Maxine Waters: (Over the shutters of cameras.) What are we going to do? How can a president …? (Fades below.)

Senator Chris Murphy: The most critical try to overthrow our democracy is below method.

(The sounds of a crowd play.)

Julia: —when the beliefs of our personal Constitution can really feel far-off.

(Crowds from the Capitol revolt chant “Protect the Constitution” and “Take the house back, America!” Then the sounds of the group overlay dialogue from the Senate, together with clips of Senator Josh Hawley.)

Lake Worth Beach Commissioner Omari Hardy: This is a banana republic, is what you’re turning this place into!

Senator Lindsey Graham: I hope the American individuals can see via this sham.

Senator Todd Young: Under God! Do we nonetheless take that significantly on this nation?

President Joe Biden, throughout a 2020 presidential debate: Will you shut up, man?

Gabriel Sterling: It has to cease!

(A sudden and stunning silence.)

Margarita: Yeah. We’re all experimenting in our lives, and I believe that’s what this nation is all about.

Julia: Okay, are you able to say, “This is The Experiment”?

Julia: I’m Julia Longoria. This is The Experiment, from The Atlantic and WNYC Studios.

(The music fades into the sound of crickets, which, after a second, fades away too.)

The Bible in a Year (with Fr. Mike Schmitz): Day 246: Rejoice in Doing Good

The Bible in a Year (with Fr. Mike Schmitz): Day 245: The Faithfulness of Daniel